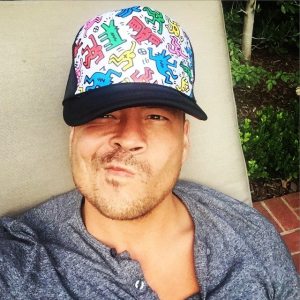 Liz Taylor is either rolling in her grave or beaming rays of light over two homages being paid to her right now. One is Kim Kardashian as Elizabeth Taylor’s Cleopatra for Violet Grey, and the other is Katy Perry as Andy Warhol’s take on Elizabeth Taylor for Harper’s Bazaar. Were they able to pull of their respective looks?

It also poses so many questions. Would you actually buy a drink loaded with tons of caffeine from a pregnant woman that shouldn’t be drinking caffeine? If Kim was, in fact, drinking this energy drink, then why does she fall off the bike in the first place (she should be full of energy!)? Whose idea was it to dress kim like Audrey Hepburn? Why isn’t Kanye riding the bike with her like in his “Bound 2” music video? 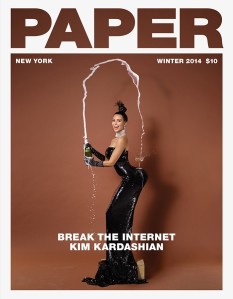 This was rumored over the weekend, and now it’s official… Bruce Jenner has an even buzzier magazine cover than Kim Kardashian’s break-the-internet moment last year.  And here’s the money quote from Vanity Fair: “Caitlyn doesn’t have any secrets. As soon as the Vanity Fair comes out, I’m free.” 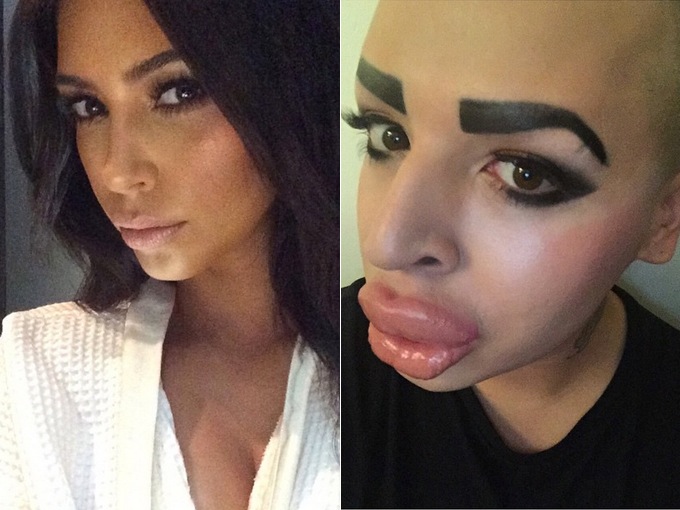 The guy on the right spent $150,000 on plastic surgery to look like Kim Kardashian

To achieve his desired look, the money probably would have been better spent on hair plugs. Just sayin. Read more about this guy on In Touch’s website.

SEE some of the best celeb Halloween pix!

That’s Beyonce and Blue Ivy as Janet Jackson and Michael Jackson, Ed Sheeran as Austin Powers, Iggy Azalea as one of the characters from White Chicks (since Snoop Dogg said she looked like that), Katy Perry as a Flamin’ Hot Cheeto, Kim Kardashian as Anna Wintour (who famously didn’t want to put Kim on the cover of Vogue), and Taylor Swift as a Pegacorn. (pix all via Instagram).

And we’re all more uncomfortable as a result.  See the rest of ‘em here.

Either one could win, it’s a crap-shoot.